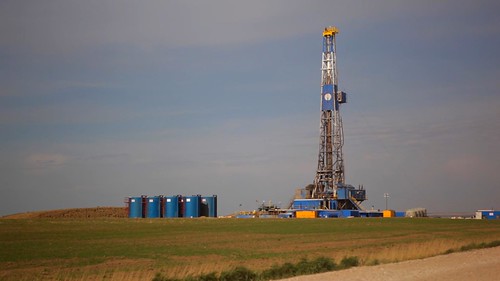 Expanded Credit Facility
The Company funded the acquisition through borrowings under its revolving credit facility. In connection with the acquisition and reflecting year-to-date completion activities, Kodiak and its lending group, led by Wells Fargo Bank, N.A., entered into an amendment to the Company’s amended and restated credit agreement to increase the Company’s borrowing base and aggregate commitments under its existing senior secured revolving line of credit facility to $1.1 billion. This compares to the prior-level borrowing base of $650 million.  Upon closing of the acquisition, the Company’s borrowings under the credit facility were $976 million.  The Company continues to evaluate all available financing alternatives to support its capital requirements.

About Kodiak Oil & Gas Corp.
Denver-based Kodiak Oil & Gas Corp. is an independent energy exploration and development company focused on exploring, developing and producing oil and natural gas primarily in the Williston Basin in the U.S. Rocky Mountains. For further information, please visit www.kodiakog.com. The Company’s common shares are listed for trading on the New York Stock Exchange under the symbol: “KOG.”

Forward-Looking Statements
This press release includes statements that may constitute “forward-looking” statements, usually containing the words “believe,” “estimate,” “project,” “expect” or similar expressions. These statements are made pursuant to the safe harbor provisions of the Private Securities Litigation Reform Act of 1995. Forward-looking statements inherently involve risks and uncertainties that could cause actual results to differ materially from the forward-looking statements. Forward looking statements are statements that are not historical facts and are generally, but not always, identified by the words “expects,” “plans,” “anticipates,” “believes,” “intends,” “estimates,” projects,” “potential” and similar expressions, or that events or conditions “will,” “would,” “may,” “could” or “should” occur. Forward-looking statements in this document include statements regarding the Company’s expectations as to the anticipated benefits of the acquisition transaction, expectations regarding the Company’s operational, exploration and development plans. expectations regarding drilling plans, the Company’s expectations regarding its anticipated capital requirements and its 2013 capital budget, and expectations regarding  production, revenues, cash flows and recoveries. Factors that could cause or contribute to such differences include, but are not limited to, fluctuations in the prices of oil and gas, uncertainties inherent in estimating quantities of oil and gas reserves and projecting future rates of production and timing of development activities, competition, operating risks, acquisition risks, liquidity and capital requirements, the effects of governmental regulation, adverse changes in the market for the Company’s oil and gas production, dependence upon third-party vendors, and other risks detailed in the Company’s periodic report filings with the Securities and Exchange Commission.